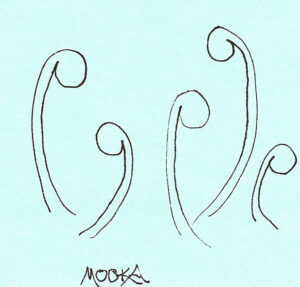 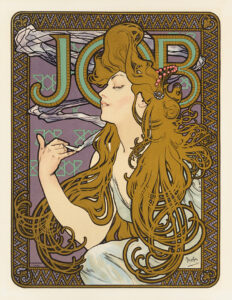 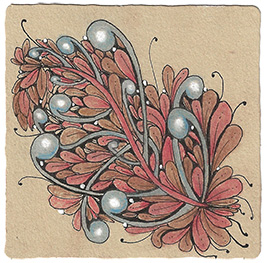 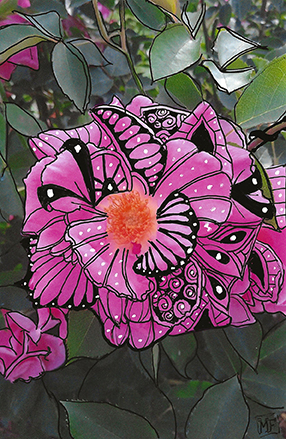 I took a Zentangle class today with a good teacher named Laura Marks. She sent us, before the class, photos of flowers, including this one. Then she demonstrated a number of tangles that she has found to work well for filling in petals, stems, leaves, etc. I had such a good time!